Five Eyes: more than technical cooperation, not yet an alliance.

The so-called five-eyes grouping of the US, UK, Canada, Australia and New Zealand is in the news and increasingly referred to as an alliance. That designation overstates the case somewhat. The grouping began as a UK-US signals intelligence sharing arrangement during World War II and expanded following the end of the war. This arrangement has both remained true to its roots and evolved considerably since then. Close cooperation between the electronic intelligence agencies of the five countries continues. This arrangement allows for more or less seamless tasking and sharing of each other’s capabilities. The original signals sharing arrangement has inevitably spread to the rest of the intelligence community. There are almost equally close links between the human and defence intelligence agencies of the five countries. At this level the arrangement is primarily a technical and operational (as opposed to strategic) one, with considerable benefits to all partners. It must be noted, however, that ‘operational’ can conceal a very close relationship indeed. This may mean that there is a risk agencies could become complicit (if unwittingly) in the illicit activities of partner agencies, although legislation and policies are in place to prevent that from happening. 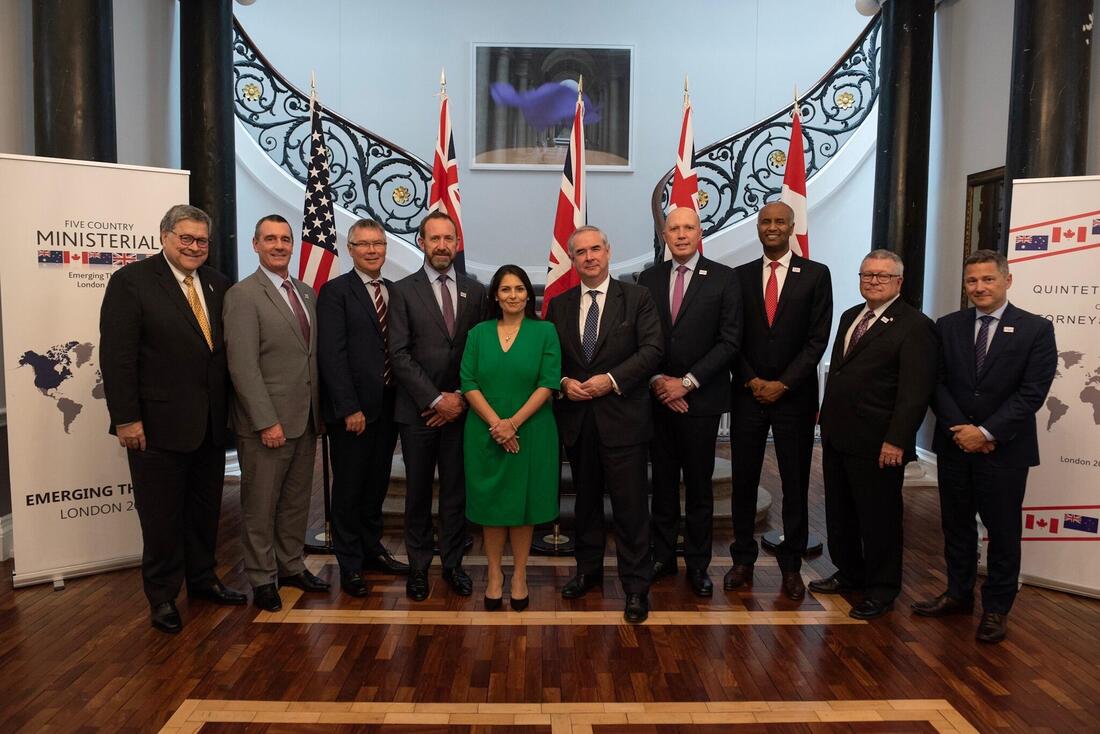 But, as news headlines routinely remind us, it would be a mistake to consider this as 'merely' an intelligence relationship.
Since the 1960s the armed services have had a close relationship through separate Navy, Army and Air Force programmes (reinforcing the five-eyes point, the Air Force programme is known as the Five Eyes Air Force Interoperability Council) and between the respective national communications and defence science and technology agencies. The purpose of these programmes is to ensure standardisation and sharing of procedures, equipment and research to promote effective interoperability between the various forces in times of war. As with the intelligence connection, these programmes are primarily technical, and less so operational.

In the last several decades there has been an explosion in the range and functions of the formal relationships between the five countries. There are now regular meetings of national border control agencies (the Border Five), of immigration authorities (the Five Countries Conference), of passport issuing authorities (the Five Nations Passport Group), of national legal officers (the Quintet Group), of law enforcement agencies (the Strategic Alliance Group) and of intelligence oversight authorities (the five-eyes Intelligence Oversight and Review Council) . These are all innovations of the 21st century and, as with the intelligence and military relationships, are intended to support best-practice sharing and cooperation on security matters between the partners.
As well as these initiatives, which continue the theme of technical support, there have been recent moves towards a more political positioning of the grouping. This has seen ministers (rather than, or as well as, officials) from five-eyes countries meet both to give political support to official discussions and to explicitly discuss overtly political questions. Ministerial meetings add a political dimension to the grouping, if only because ministers typically release some form of communiqué, the content of which, inevitably, is then scrutinised for hints as to group policy.

The first five-eyes ministerial meeting was probably of Attorney-Generals (the Quintet of Attorney-Generals) in 2009. By 2018 that group had expanded its remit beyond its initial focus on organised crime to include discussion of the challenges of investigating and prosecuting foreign fighters and terrorists, trial issues, family law and violence matters, and over-representation of indigenous peoples and ethnic minorities in the criminal justice system.

The Five Country Ministerial, which began in 2013, has expanded its scope from information and intelligence sharing on border protection and counter-terrorism, to become (in its own terms) the pre-eminent forum for collaboration among the five countries on domestic security issues. This forum, for example, is leading the moves internationally to allow governments to have access to personal encrypted digital data held by telecommunications companies.

Most recently, as tensions with China rise, issues have become public and political. Moves to bar Chinese company Huawei from 5G networks in the five countries have been attempted (and now more or less succeeded) under the five-eyes banner for several years. More recently, foreign and finance ministerial meetings have begun as several of the five-eyes countries attempt to get coordinated action on a response to China’s security takeover in Hong Kong and on an economic response to Covid-19. That last issue, ostensibly, in the words of Australia’s Treasurer, to ensure ‘global financial stability’, is also seen by some as aimed at China; a not unreasonable response given that the initiative is touted as a five-eyes initiative.

So far, so straightforward. But if we were to see five-eyes as an alliance, with or without the expressed aim of countering China’s rise, we should expect to see somewhat more of a common strategic purpose, common agenda, some form of routine meetings at the highest political level and evidence of systematic and coordinated activity. These are all indicators of a functioning alliance.
We don’t see any of this.

On China’s ‘Belt and Road Initiative’ the five countries have widely differing approaches. On Hong Kong, New Zealand has supported the sentiment expressed by the other four countries but has disassociated itself from group condemnation. On China’s activities in the South China Sea, while all the countries might well deplore them, there is no common approach to dealing with them and unlikely to be one. And any form of common economic strategy on Covid-19 seems the merest pipe-dream, even if some definition of what that might mean could be found.

On issues beyond China, the countries are often even further apart. There is little current common ground between the Trump administration and New Zealand on, for example, the value of the United Nations, the role of markets in international trade, or on the utility of military force to achieve international political ends. Differences such as these, over strategy rather than tactics and where there is no common goal, make alliance very difficult indeed.

Rather than talking of a ‘five-eyes’ alliance we should accept that on many technical issues the countries will cooperate closely because it is in their direct interests to do so, and on some issues the five countries will agree because they do share many values and interests. But on many issues, even within the functions of the various five-eyes entities, we should also accept that the countries have their own interests and will pursue them separately from the others. This is not the sign of a functional alliance, whether implicit or explicit.

At most, ‘five-eyes’ has the outline of an alliance. It could well evolve into a functioning alliance. How that might happen and whether it should are subjects for a different discussion.