Up in the air: potential synergies with the Kiwis 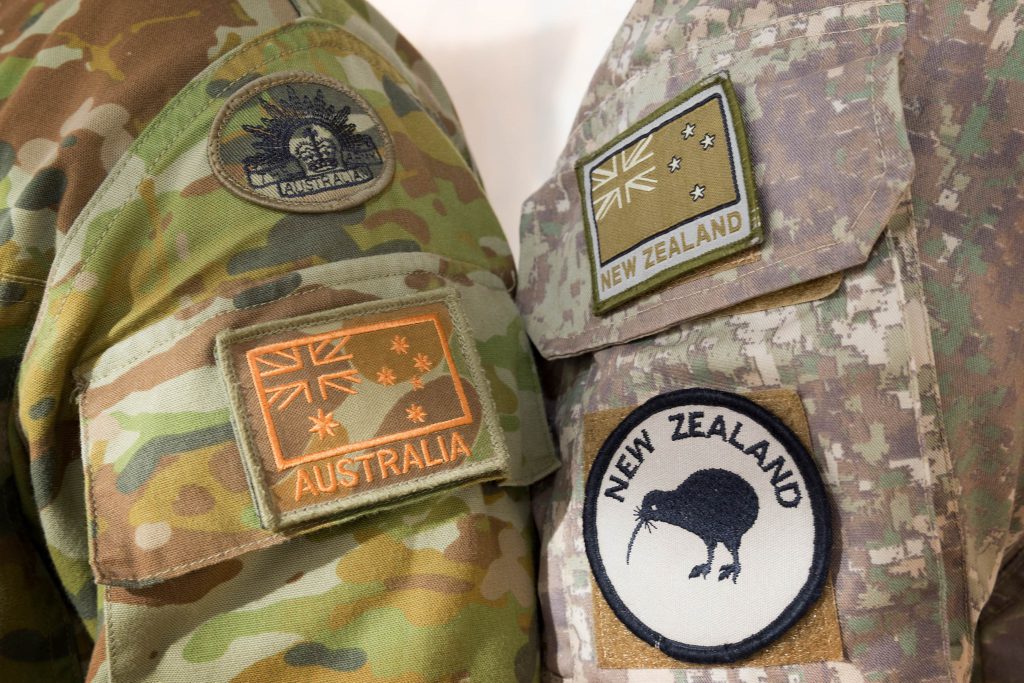 The fact that New Zealand is planning to replace its 13 largest military aircraft between 2020 and 2025 is a big deal. One project team is studying the future capabilities required to replace two Boeing 757 combi aircraft, which provide strategic airlift, and five upgraded C-130H Hercules aircraft, which supply both strategic and tactical airlift. A separate project is looking at replacing the upgraded P-3K2 Orion maritime patrol and anti-submarine warfare aircraft. Manned aircraft are favoured; apparently no consideration is being given to acquiring large, remotely piloted aircraft like the MQ-4C Triton, although smaller UAVs for coastal patrols are probably on the table.

Australian and New Zealand forces have always worked closely together (apart from sporting contests), but it’d be a foolhardy person who assumed that the Kiwis would readily take advice from an Aussie on these acquisitions. (I can claim a partial exemption because I’m a former Territorial Force officer of the Royal New Zealand Corps of Signals.) 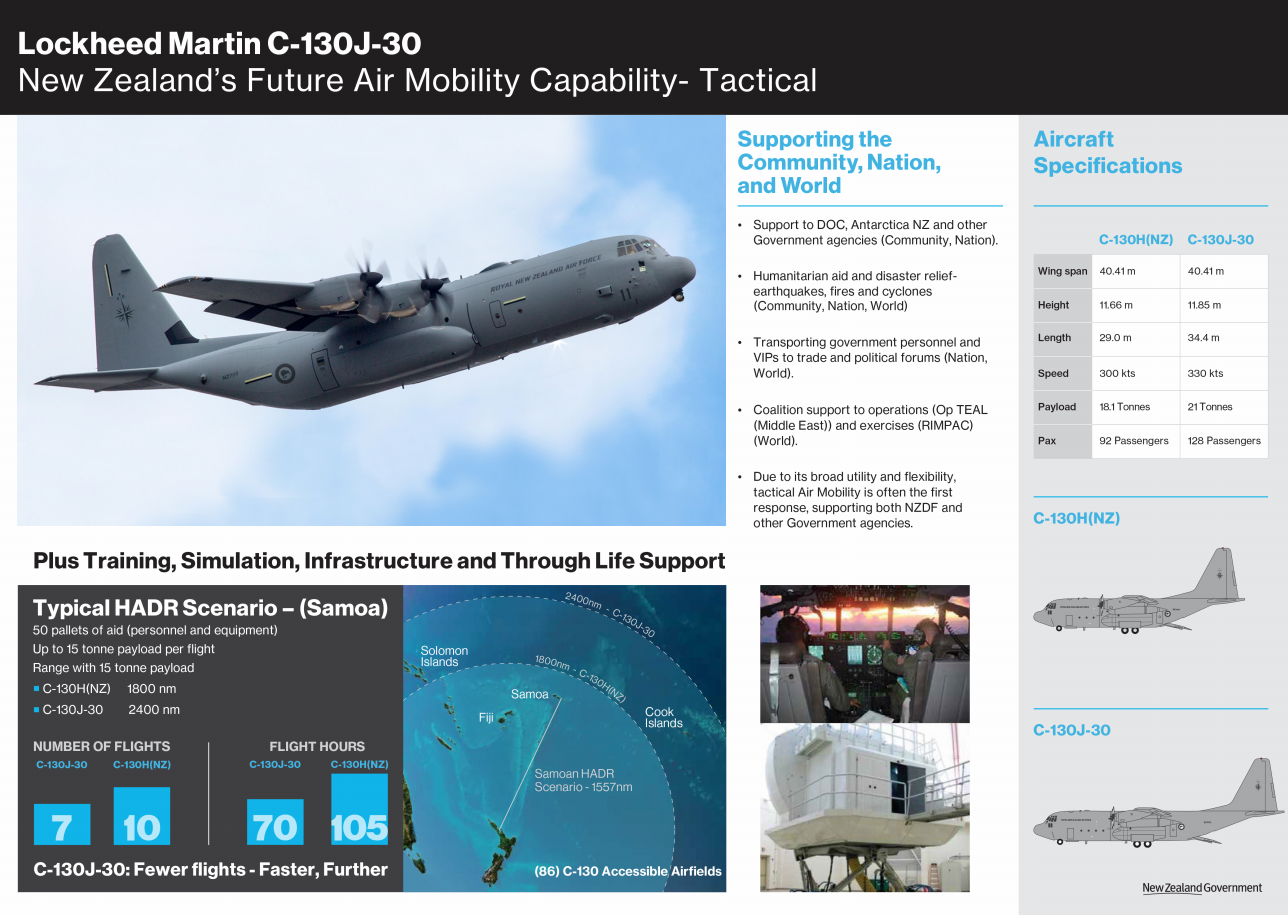 On 10 May, an RNZAF P-3K2 Orion that was on patrol in the Indian Ocean spotted a vessel of interest and directed the RAN frigate HMAS Arunta to intercept it. Two officers from the Arunta boarded the vessel and found a stash of 250 kilograms of heroin. Drug smuggling funds purchase arms and explosives for Islamic State fighters in Syria and Iraq.

At around the same time, a fifth rotation of 300 armed soldiers and medics, 106 of them from the NZDF, completed their pre-deployment training at Townsville and moved to Iraq, taking over the Camp Taji–based taskforce’s role of training Iraqi Security Forces personnel. Four rotations of their Anzac predecessors had graduated more than 22,000 Iraqi soldiers in two years, many of whom are now fighting well in the intense battle to recapture Mosul.

So ADF and NZDF personnel integrate well and respect one another’s professionalism. What could this mean for New Zealand’s two future air capability projects?

If an Airbus A400M Atlas were chosen for both strategic and tactical airlift roles, it would offer serious advantages in range and the ability to transport an NH-90 helicopter (minor disassembly) or a light armoured vehicle. But few synergies exist between the two air forces.

Lockheed Martin has claimed that the C-130H Hercules can be easily replaced by the C-130J-30 Super Hercules, which is also used by the RAAF. The company suggested that the transition would be relatively seamless and cost-effective, citing the US’s 2017 changeover of its Japan-based C-130Hs to C-130Js. The Super Hercules has automated navigation and engineering systems, so fewer crew members are required. More efficient composite propellers and new Rolls Royce engines provide extra power, fuel efficiency and range, while the longer fuselage increases cargo capacity. RNZAF aircrew and maintainers already know and understand the C-130H, which would probably reduce the amount of initial training required. RNZAF base facilities at Whenuapai currently support the C-130, so costly infrastructure investments required by other aircraft may be unnecessary. Some of the existing C-130H spare parts and ground support equipment could be used for the C-130J, further reducing the initial acquisition cost.

An outside bet would be the KC-390 from Embraer, offered in partnership with Boeing. It is a capable aircraft and a strong competitor against the Super Hercules, but no Asia–Pacific sales have been announced yet.

For strategic airlift, the A400M, Super Hercules or KC-390 would need readily installable equipment for carrying out medical evacuations and transporting VIPs and personnel.

It will be hard to go past the Boeing Poseidon P-8A aircraft for the air surveillance project. The RAAF is bringing them into service now and will have gained much operational experience that would be useful to New Zealand if it acquired P-8As in 2023–24. There was a burst of excitement a few weeks ago when New Zealand received approval from the US Department of State for four P-8A aircraft and supporting items valued at US$1.46 billion. This is a necessary step, but not a sufficient one to make the acquisition.

Saab is another strong contender. Its Bombardier Global 6000 business jet, outfitted with the Swordfish maritime patrol system, costs much less to run than a military-designed aircraft. The jet has state-of-the-art communications and sensors, and four external hard points are validated to carry up to six lightweight torpedoes for the anti-submarine warfare role. Other possibilities are the Saab RBS 15EF anti-ship missile, or a mix of missiles and torpedoes.

It would be an advantage for air forces on both sides of the Ditch, offering the best future synergies between the RAAF and RNZAF, if the Kiwis chose the Super Hercules for air mobility and the Poseidon for air surveillance. With the first tactical airlift aircraft due to arrive in February 2020, whether any synergies can be realised will become much clearer within the next 12 months.