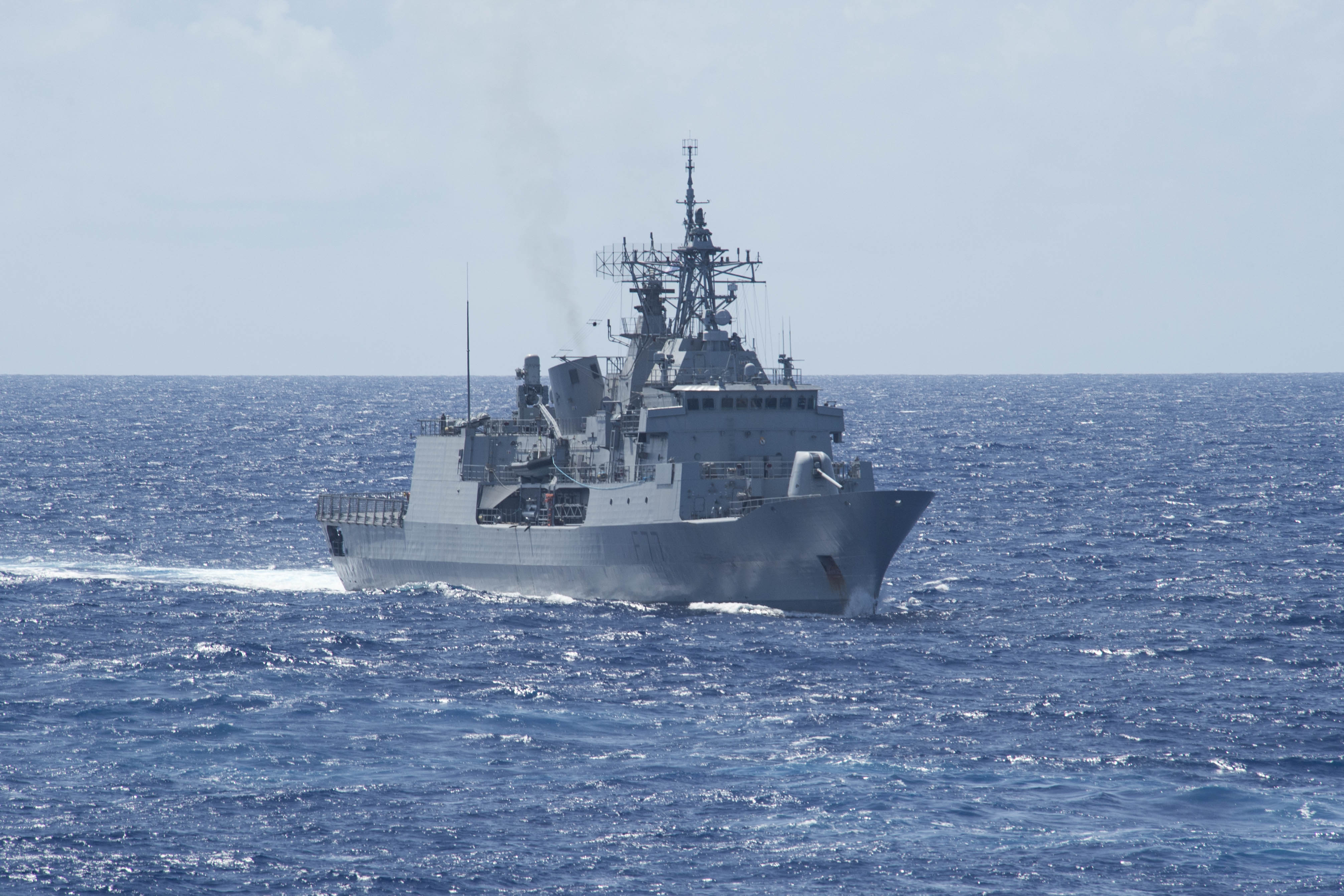 Naval opinion is firming on the next type of frigate to replace the RNZN’s two Anzac Class frigates Te Kaha and Te Mana, which are scheduled to be retired within 10 years under the Defence Capability plans.

Both ships are ageing and, according to experienced officers, have had to be driven hard with only two frigates in the fleet. A decade ago a National Government declined to order a third. Both have seen hard service notably in the Gulf.

Attention is focusing on the BAE Systems Maritime Type 26 ordered for the Royal Navy, the Royal Australian Navy (which will build theirs in South Australia) and now the Royal Canadian Navy which has awarded Lockheed Martin Canada a contract to develop a 15-strong frigate fleet based on the Type 26.

Early reports indicate the Type 26 fits RNZN’s specifications “like a glove”, a naval architect tells our correspondent.  It will be powered by a Rolls Royce marine gas turbine based on the RR Trent 900 which powers the Boeing 777 and two electric motors.  This will give it a speed of more than 48 kph and a range of around 13,000 km.

It will have a 5in gun, missiles, a hangar deck and a flight deck strong enough to handle the RNZAF’s NH90 helicopters and a crew of around 120 according to task. The first are due in RN service in 2026.

Both Anzacs are having major upgrades and refits with Lockheed Martin Canada and other contractors. The first, a $394m project, provides a new combat Management System, the supply and integration of various sensors, missile system and a Combat System Trainer for the Devonport Naval Base in Auckland.

The Combat Management System and many of the sensors are the same as those being provided for the upgrade of the 12 Royal Canadian Navy Halifax Class frigates which was undertaken by LMC.

The second, at   $65m, upgrades the platform systems including the control and monitoring system, overall weight and stability management, the propulsion system, and the heating, ventilation and air conditioning.

UPDATE:  Australia’s nine Type 26 frigates, called Hunter class in RAN service, will be built at ASC Shipbuilding in South Australia.  In 2018 figures, the nine will cost $A35 billion.

The NZDF expects there will be pressure on the government under the closer defence arrangements, to have RNZN vessels built there. However, there is a long-held jaundiced view on buying Australian-builds because of high costs and quality controls.

The Navy might prefer to build them in the UK. In the 1960s, for example, the Australian Government pressed NZ hard to buy Australian-made Canberra bombers.  The NZ Government resisted and bought a better model in the UK for almost 30% less than the Australian price.