Is Aotearoa being left out of the AUKUS pact?

Foreign Minister Nanaia Mahuta says the government has no interest in AUKUS, a pact between Australia, the UK and the US seeking to improve their military capabilities.

“That’s not something that New Zealand wants to be a part of. It doesn't exclude us from joining with those particular countries in other areas, as we continue to do for security and intelligence purposes,” said Mahuta.

The Chinese government threatened Australia with 'punish without mercy' Saturday after it inked what some are calling the region's most significant military alliance in decades.

The AUKUS deal will see Australia take possession of a batch of cutting-edge nuclear-propelled submarines from the United States.

The subs arrive as tensions escalate between Australia, the US and China over issues from trade to Taiwan and China's expansion in the seas south of China.

However, Aotearoa was not mentioned, invited or briefed on the deal.

Mahuta says Aotearoa was not necessarily left out or briefed about AUKUS but rather it was something the government would not consider. However, she says that does not mean it will exclude Aotearoa from other opportunities.

“That doesn't exclude the opportunities that we have to work with like-minded partners such as the US, UK, Australia, Canada and others in cyber security and artificial intelligence.”

The foreign minister says the nature of the deal consists of nuclear-propelled submarines and both Aotearoa and Canada hold similar values and interests on what they want to have in their countries. 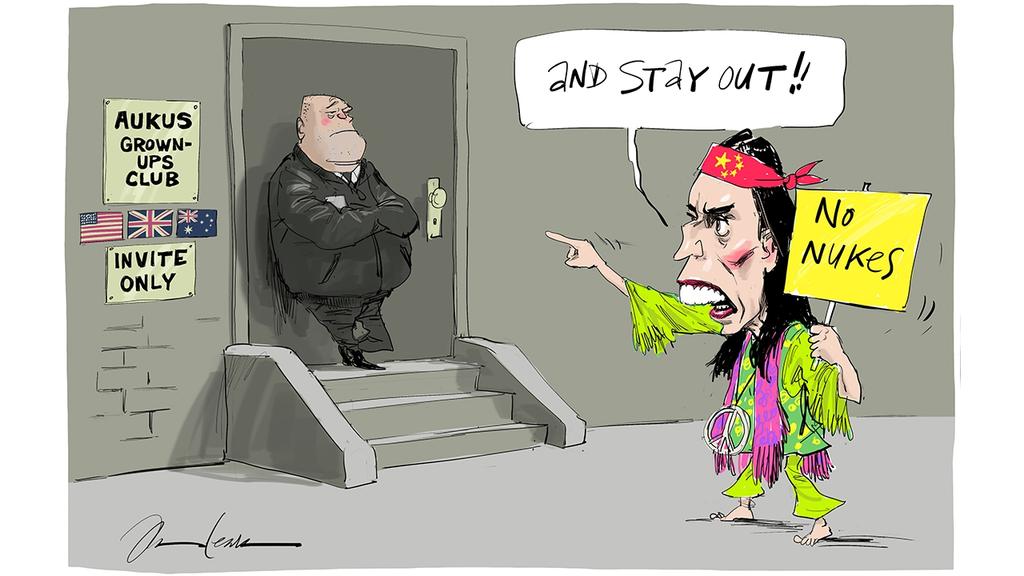 “We've long held an independent foreign policy for New Zealand that rejects greater nuclear presence within our waters within our particular region,” she says.

Mahuta says that due to the history of nuclear testing in the Pacific, Aotearoa will stand firm in its decision.

“We continue to assert our independent foreign policy, our role is strategic. We are of the Pacific in the Pacific in our relationship to and with other Pacific nations, which also plays a strong part in how we perceive what is in the best interests of our region, what would promote peace and stability.”