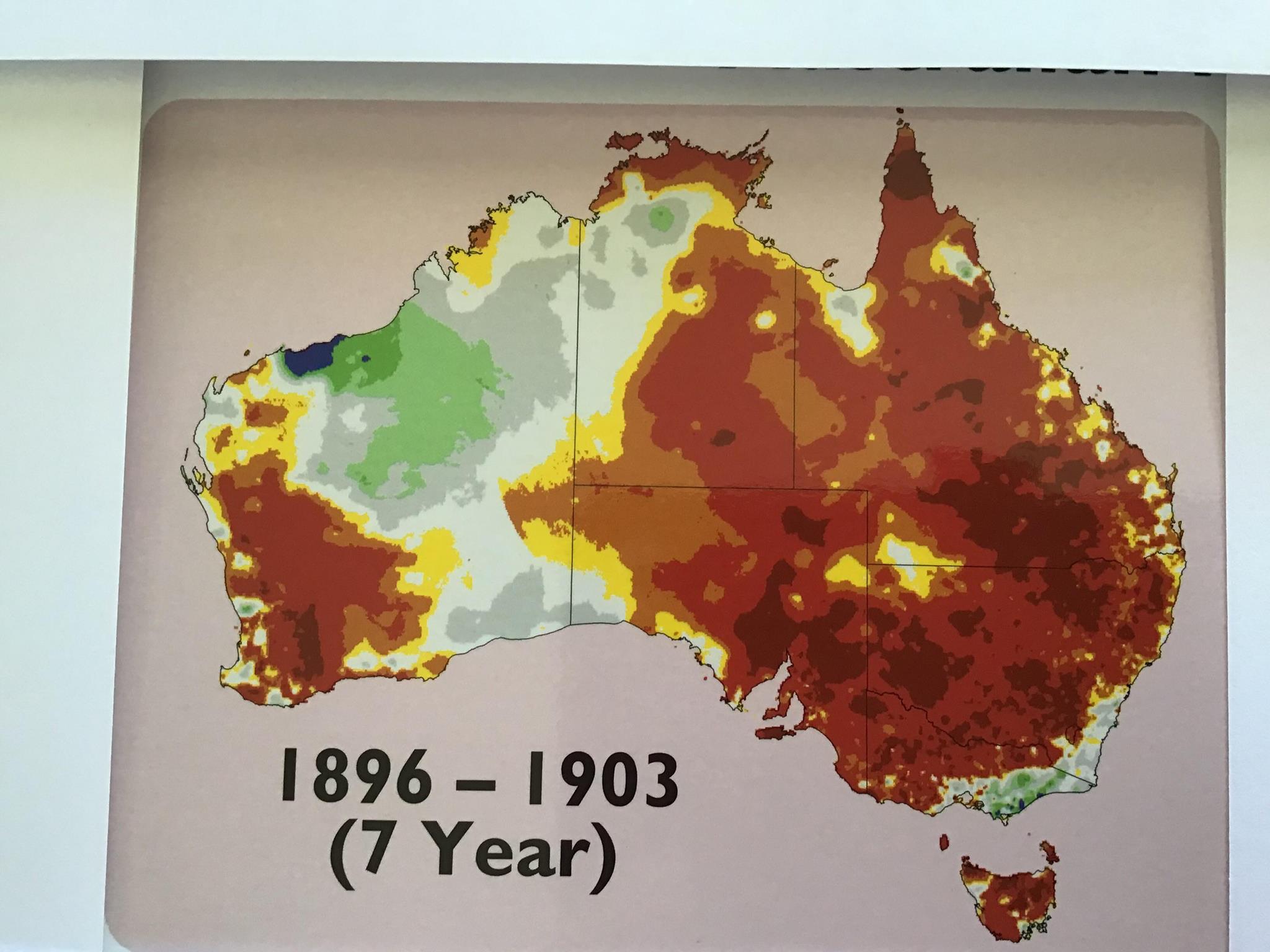 During the 7 year period from 1896 to 1903, before the vast land clearing, Industrial Revolution, before the first world war, and the second world war, before the millions of cars were on the road and the vast amount of coal mining to date, and the Green Party, I was looking at this period and here are some of the facts from the period.

Reports recorded that grass was ripped from the ground on the islands offshore and that fish and dolphins were left in trees,15 metres above sea level

This all happened before the new catch cry of "GLOBAL WARMING", and "CATASTROPHIC".

The words they use now to frighten the public.
Puppet Palaszczuk should look back at previous records to see what has happened in years gone by, and order an enquiry into the recent fires in National Parks, she would then find it is the incompetence of National Parks management. Instead of making wild statements, GLOBAL WARMING.!