The spread of COVID-19 has fuelled "another excuse for racism to rear its ugly head", says a Singaporean student who was subjected to a brutal, racially-motivated assault in London. 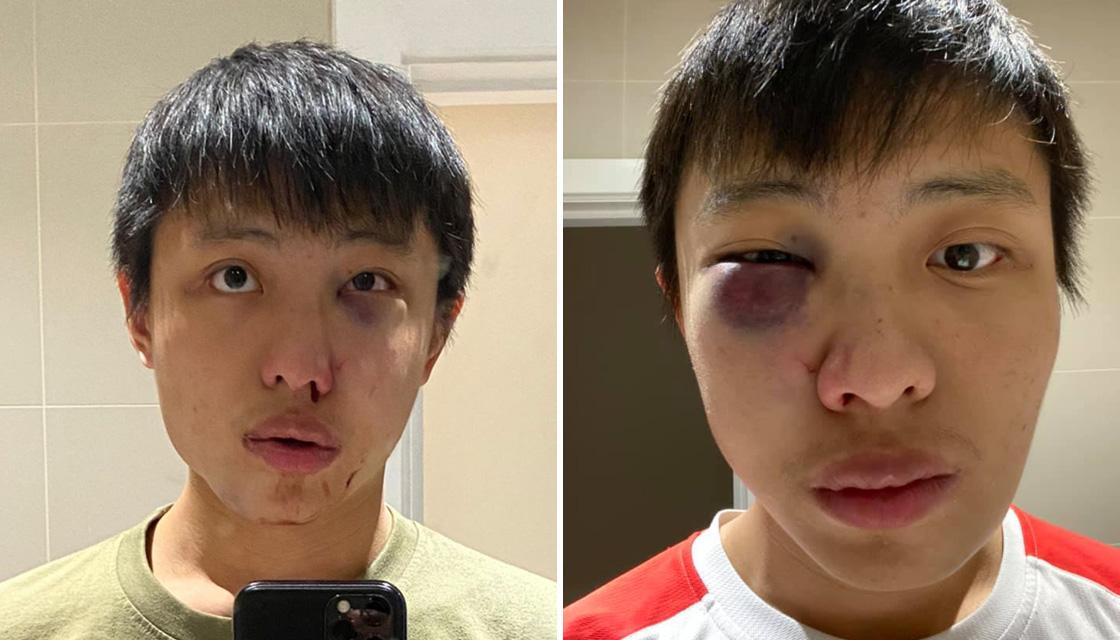 Jonathan Mok, 23, shared his traumatic ordeal in a candid Facebook post on Tuesday (NZT), recounting how his attackers yelled, "I don't want your coronavirus in my country" as they assaulted him.

The University College London student, who has an English father and Chinese mother, suffered facial fractures and may need to undergo reconstructive surgery.

"Last Monday [February 24] on Oxford Street in London, I walked past a group of young men... one of them said something to me, which I could make out the word 'coronavirus'," Mok wrote.

"He shouted, 'don't you dare look at me'... within three seconds, he was in my face, together with three or four other young men and a young lady... all of a sudden, the first punch was swung... when I was still shocked by the first hit, the guy delivered the second sucker punch."

Mok said a few passers-by stopped and attempted to reason with the group, but they continued to attack.

"A guy who tried to kick me then said, 'I don't want your coronavirus in my country' before swinging another sucker punch at me, which resulted in my face exploding with blood... still in [a] daze and shock, the group left promptly before the police arrived.

"To the group of guys who saw fit to attack me because of my skin colour... I've faced more intimidating characters in my life. And if you think ganging up on someone who is sizeably smaller than you makes you a big man - it doesn't.

"It only makes every single one of you a coward who doesn't have the balls to take someone on one-on-one. Grow a pair."

Mok also shared photos of his severe injuries following the attack, including a swollen black eye.

In a statement to the Mirror, a University College London spokesperson said the university is "horrified" by the attack.

"We thoroughly condemn this attack and are offering our full support to the student at this time. We condemn racism, bullying and harassment of any kind," they told the outlet.

A spokesperson for London's Metropolitan Police confirmed a "racially aggravated assault" took place on Oxford Street near Tottenham Court Road station at around 9:15pm on February 24.

The spokesperson said no arrests have been made but police are in the process of identifying the suspects.

Mok said the attack followed "several racist statements" directed towards him over the past few weeks, some referencing COVID-19.

"Racists constantly find excuses to expound their hatred - and in this current backdrop of the coronavirus, they've found yet another excuse," Mok stated.

"Racism is not stupidity - racism is hate."