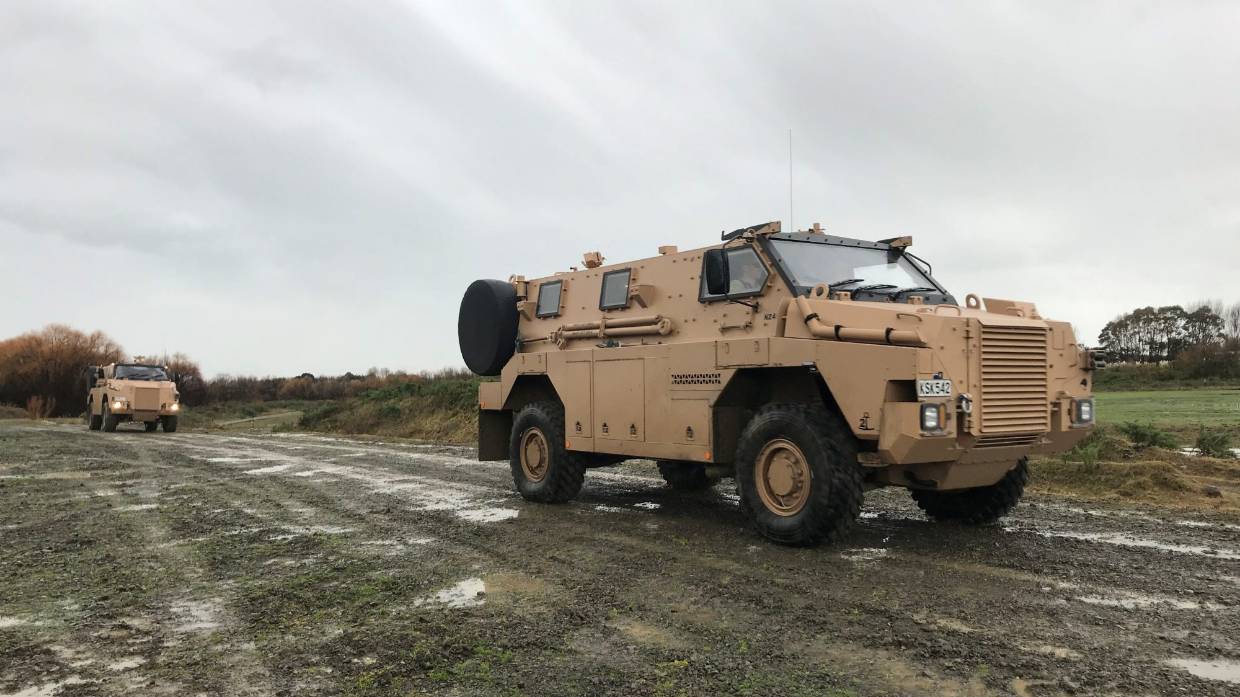 The army's deteriorating fleet is to receive a boost thanks to the purchase of 43 new armoured vehicles.

Defence Minister Ron Mark has announced that the Government has approved buying Bushmaster NZ5.5 vehicles, two of which were on show at Linton Military Camp on Wednesday.

Some Bushmasters are already in service with the SAS and they’re widely used across other Five Eyes nations.

The Bushmaster had proved superior to the “inadequate” Pinzgauers it was replacing, Mark said.

Its V hull design was built to redirect blasts, destroying the vehicle, but saving the passengers.

“The toughest decisions are always those that will put our people in harms way, and this vehicle won’t make those particular decisions any easier, but they will give our service personnel the confidence that they have mobility and protection that will keep them safe,” Mark said.

“Having lost people in Afghanistan by improvised explosive devices, knowing all of that and knowing this type of vehicle is available and can be purchased it would be irresponsible not to buy it.”

Weighing 17 tonnes, with an additional five-tonne payload, Bushmasters can protect the up to 10 personnel on the vehicle from ballistic and blast attacks.

The fleet will supplement other vehicles the military does not have, such as protected ambulances, and although not a combat vehicle, it can be fitted with machine guns.

Its versatility will increase the Defence Force's ability to support allies with peace keeping operations and help in natural disasters. The police could also call in the Bushmaster in a crisis, such as the Christchurch Mosque attacks.

“Successive governments, both National and Labour, have underinvested in defence for over 20 years. My goal was to address all of those deficiencies in three,” Mark said.