Rocket Lab is one of New Zealand's success stories, but what satellites it's sending into orbit for the United States Military is raising concerns.

Former Defence Minister Wayne Mapp is the Deputy Chair of the Public Advisory Committee on Disarmament and Arms Control (PACDAC) which advises the Government on weapons control.

Poppy cock... the whole thing is a bit far reaching... it like saying we will ban any ship that is "capable of carrying nuclear weapons..." well that is every single ship in the ocean is capable of that... Any satellite data could be used or have a second mission that is not told about to help guide, track, and target... small radar  and sensor, comms and high powered camera... well many satellites have this... upload new mission parameters and specs... oh hello... while I agree there is a bit more to it... how ever this whole issue is a bit far reaching...

US holds crunch talks after Kabul falls - but NZ snubbed? 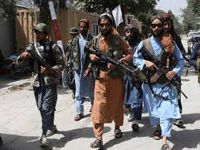 The Government needs to ask the United States for a "please explain" over why New Zealand was not invited to US-led crunch talks on options of evacuating people still trapped in Afghanistan.

Foreign Minister Nanaia Mahuta has said the Government is working on a "second phase" to try to get New Zealand passport holders and other visa holders out of the turbulent nation, which has fallen into Taliban hands in recent weeks.

The government is sending a special representative to the Middle East to help about 825 visa holders to leave Afghanistan.

Foreign Affairs Minister Nanaia Mahuta said 1253 visas had been granted, but just 428 people had arrived in New Zealand from the country since the Taliban took control there.

While she couldn't go into specifics of individual cases granted due to privacy and security reasons, she said members of the judiciary, human rights workers and prominent women who required assistance were prioritised.

Govt urged to speed up visa process for stranded Afghans 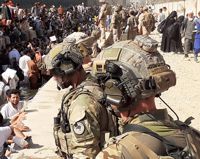 Afghan people living in this country are pleading with the government not to forget about people with connections to New Zealand still stuck in Afghanistan.

They fear those who did not make it out when the Taliban swiftly took control will be ignored now the world's attention has moved on. 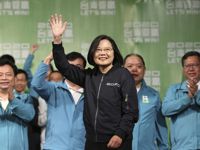 Taiwan’s President Tsai Ing-wen warned of “catastrophic consequences” if the island were to fall to China and vowed to “do whatever it takes” to guard against threats in an article published on Tuesday.

Taiwan lives under the constant threat of invasion by China, which views the self-ruled democratic island as its territory to be re-taken one day, by force if necessary.

“For the military, the current situation is the most grim in over 40 years since I’ve joined the service,” Chiu Kuo-cheng told parliament as some 150 Chinese warplanes have breached Taiwan’s air defence zone since Beijing marked its National Day on Friday.

Te Kahika is charged with causing loss by deception, and with breaches of the Electoral Act.