After 25 years of MMP, is it working as was intended?

It was one of the most significant developments in the history of electoral reform in this country; one designed to address the inequity of a First Past the Post system that could allow the party with the most votes to lose an election.

Read more: After 25 years of MMP, is it working as was intended?

Are electric cars the answer to climate issue

Nana Akua questions whether electric cars are really the answer when it comes to the climate issue.

Read more: Are electric cars the answer to climate issue

A Radical Idea: CANZUK in Canadian Foreign and Defence Policy 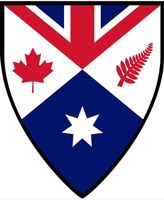 The world is watching the 2021 Canadian federal election with some interest, owing to Prime Minister Justin Trudeau’s international celebrity status. However, the media have overlooked one aspect of the election. A Conservative Party victory would not just spell the end of the Trudeau administration, but would also bring to the fore a previously obscure policy proposal that the Conservative Party has made in its foreign policy platform. This is the dream of CANZUK, a union of Canada, Australia, New Zealand and the U.K. This would be both a radical shift in Canada’s foreign policy and also potentially in Canada’s defence policy.

What a poorly written and researched article.

If the Conservative Party wins, three of four CANZUK nations would have pro-CANZUK governments in office: Canada, Australia and the U.K. That would just leave New Zealand under the Jacinda Ardern administration, and pro-CANZUK politicians have said they expect New Zealand to follow Australia into a CANZUK agreement if the other three nations finalize it.

I don't even think Australia has a policy on CANZUK, and even if they do saying New Zealand would just follow is a bit of a stretch.

Sure there are various MP's and have considered the idea but no party in NZ or Australia has a CANZUK policy. Only the Conservative Party of Canada and their leader Erin O’Toole has one as part of their party policy.

Taiwan won't be forced to bow to China, president says 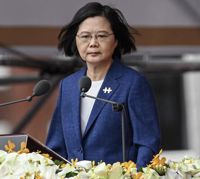 Taiwan will keep bolstering its defences to ensure nobody can force the island to accept the path China has laid down that offers neither freedom nor democracy, President Tsai Ing-wen said today, in a strong riposte to Beijing.

Chinese President Xi Jinping vowed on Saturday to achieve "peaceful reunification" with Taiwan, and did not directly mention the use of force after a week of tensions with the Chinese-claimed island that sparked international concern.

Royal New Zealand Navy frigate HMNZS Te Kaha is joining military partners as it transits the South China Sea en route to a major international defence exercise. The New Zealand Defence Force last month announced its participation in Exercise Bersama Gold 21, and that it would interact with the United Kingdom’s Carrier Strike Group (CSG) as it conducts engagement activities in the Indo-Pacific region.

Former guard at New Zealand base shot dead by Taliban

Mohammad Murad​ spent a decade working at a New Zealand Defence Force (NZDF) base in Bamyan. Ten days ago he was shot and killed in his village bazaar by the Taliban likely because of that work.

The 48-year-old had worked as a guard at the New Zealand-run forward operating base Romero in Kahmard​, Bamyan from early in the 2000s for more than 10 years, said Parwiz Hakimi​, an interpreter for the NZDF in Bamyan during much of that time. Hakimi, who now lives in New Zealand, heard from Murad’s family that 10 days ago he had been assassinated by the Taliban.

Chinese leader Xi Jinping said on Saturday reunification with Taiwan must happen and will happen peacefully, despite a ratcheting-up of China's threats to attack the island.

Xi spoke on at an official celebration in Beijing's Great Hall of the People the focused largely on the need for the ruling Communist Party to continue to lead China as the country rises in power and influence.