Ban on $10,000 cash purchases set to become law despite concerns 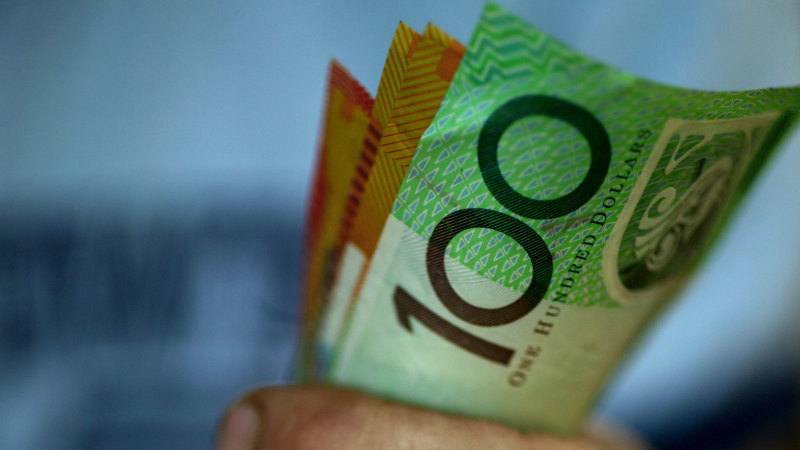 A controversial bill to ban cash payments over $10,000 and impose two-year jail sentences on those caught using cash above that limit is poised to pass Federal Parliament despite bitter divisions within both major parties.

The Morrison government is set to win support from Labor to legislate the controversial crackdown, which is likely to be opposed by the entire Senate crossbench from the Greens to One Nation.

The proposal has been criticised by tradespeople, pensioners and some ethnic communities, with government MPs reporting a fierce backlash from within their own branches over the laws.

Some Labor MPs have also expressed reservations over the laws, aimed at cracking down on crime syndicates that launder money through the black-market economy, however the opposition will likely vote in favour of the laws when a Senate committee inquiry hands down a recommendation that the bill be supported on Friday.

Assistant Minister Michael Sukkar has moved to quell unrest among the Coalition party room over the bill in the face of a torrent of criticism from backbench MPs as well as party members who believe the crackdown on cash is a breach of the government's stated belief in the free market.

Mr Sukkar said the laws were a recommendation from the government's Black Economy Taskforce as a way to stop criminal gangs using large cash purchases of cars, houses and jewellery to launder their gains from illegal activities.

“The key focus of the bill is reducing the ease with which organised crime gangs can operate throughout the country,” Mr Sukkar said.

Government sources told The Age and The Sydney Morning Herald they were prepared to call the bluff of Coalition senators and the "tin foil hat brigade" who might cross the floor on the issue.

A video recording of Mr Frydenberg being asked about the cash ban at a Liberal Party function in Brisbane last week shows the Treasurer pressed on what the government hoped to achieve from the move.

He said the government was acting on recommendations of its own black economy task force.

"This was really to go to the heart of the issue of ensuring there's less of a black economy and more of an economy sticking to the right rules," he said.

The Greens have told supporters it is also opposed to the ban, drawing on some of the internal criticisms made by rank-and-file members of the Liberal Party.

"The bill is a case of the cure being worse than the disease," the Greens have told supporters in emails seen by The Age and The Sydney Morning Herald.

"The bill would criminalise the use of legal tender. In doing so, the bill challenges the freedoms that hard currency provides and lays a path towards further restrictions on the use of cash and even negative interest rates."

While the Australian Tax Office wants to stamp out the "black economy" by curbing large cash payments, critics said the cost would be far greater than the benefits if Australians were banned from using more than $10,000 in cash.

Rank-and-file Liberal Party members have expressed privacy concerns over the new laws while those also against the change include the Housing Industry Association, NSW Farmers, the Australian Dental Association and big retail groups that say customers like to save cash to make big payments.

Wonder how long till NZ will copy...