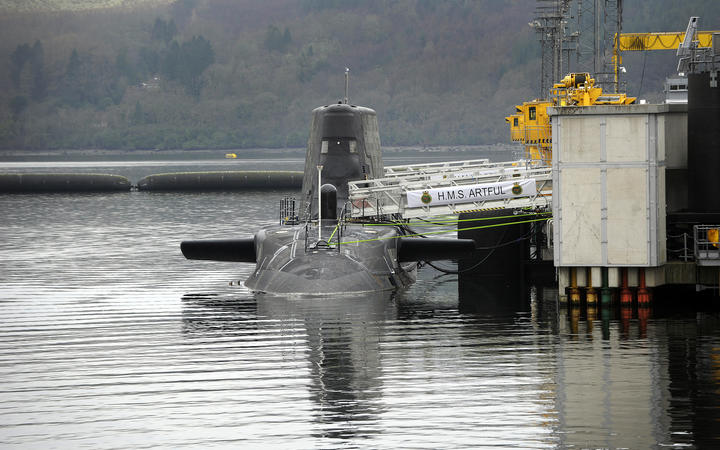 The pact is being called AUKUS, verbally resembling Roman underworld god and punisher of broken oaths Orcus, and sees Australia (A), the United Kingdom (UK) and the United States (US) sharing technology, supply chains and industrial bases.

Perhaps most notably, among the technology being shared is capacity for Australia to build nuclear-powered submarines with the stated aim of promoting stability in the Indo-Pacific region.

All three nations are part of the Five Eyes security network, an intelligence-sharing arrangement that also includes New Zealand and Canada founded in 1941.

Prime Minister Jacinda Ardern this afternoon dampened down any suggestion the arrangement would have an effect on New Zealand's standing with the countries involved.

"I anticipate absolutely no change in our already strong relationships with the United States, the United Kingdom and of course Australia," she said. 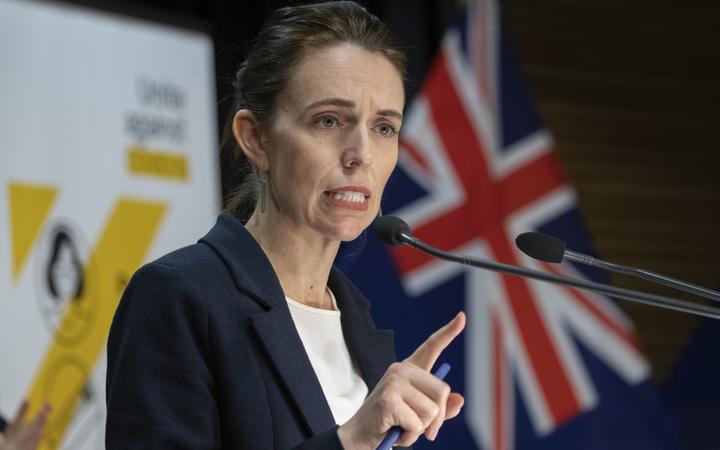 "No, we weren't approached but nor would I expect us to be. The centrepiece of this arrangement is the building of nuclear-powered submarines to be based out of Australia and Prime Minister [of Australia Scott] Morrison and indeed all partners are very well versed and understand our position on nuclear powered vessels and also nuclear weapons.

She said Australia's nuclear-powered submarines would not be allowed to enter into New Zealand's internal waters.

"Our legislation means that ... no vessel that is wholly or fully powered by nuclear energy is able to enter into our internal waters. In fact that is a posiiton that has been held across parties for a long period of time."

He said New Zealand contributed resources for nearly 20 years to the US war in Afghanistan, and urged Foreign Minister Nanaia Mahuta to seek answers about why New Zealand was not invited to the ministerial meeting attended by more than 20 countries.

He said while National and New Zealand would have no interest or desire to change position on anti-nuclear legislation, there were other aspects to the agreement of value.

"That's the information sharing, the type of collaboration you get among countries of a like-minded persuasion that adds to the security of each ... and for New Zealand to be out of that aspect of it I think is a little bit of a concern," he said. 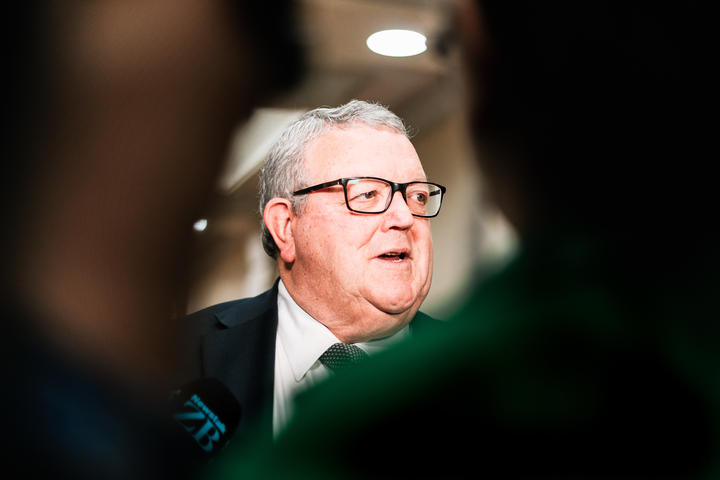 "We live in a world where the sharing of information, particularly around terrorist activity and the sort of cyber attacks that we've seen inside New Zealand at the moment, they are effectively modern warfare and I think we ned to be assured that our defence is not a step down in those particular aspects or diminished in those aspects because of this particular arrangement."

"This is not a treaty-level arrangement, it does not change our existing relationships, including five eyes or our close partnership with Australia on defence matters.

"Our lens will always be from that of a Pacific nation and our view for what is best for our region. We want peace, we want stability and we want a rules-based order that is preserved ... I do want to see greater engagement in our region generally.

Brownlee said New Zealand not being included in the discussion may indicate the country was seen as less reliable than in the past.

"We need to know is this going to affect the five eyes arrangement, and what will it mean for the flow o finform into New Zelanad services that do protect us from some of those worst effects."

Some of his former colleagues from the National Party did not seem to agree it was in New Zealand's best interests to be involved, however.

Former Defence Minister Wayne Mapp said it was all about China's growing influence in the Pacific.

"This is really all about China, and you can see that the United States, Australia and for that matter India and Japan are all building naval and air capacity within the Pacific and this is what this decision's all about.

He did not believe it showed allies were losing confidence in New Zealand, but pointed to a wider conversation that needed to take place in New Zealand about what kind of role the country would play in the Pacific and militarily.

"The current [Defence] Minister Peeni Henare has got a responsibility to start reading this discussion about what we're going to replace the Anzac Frigates - which are actually over 20 years old, the oldest in fact over quarter of a century - and the two offshore patrol vessels, what do we repalce them with? It takes a full decade to get that whole thing done, you've got to start that discussion now, some of that discussion has to be public."

He said the other option instead of a full naval combat capability was more of a naval patrol capability.

The government was trying to play both sides, and he questioned how long that could last.

"Admittedly, Ron Mark ordered the four Poseidon aircraft - they are a very very capable aircraft indeed ... the Poseidon thing was a clear signal to our partners that we can be counted on in certain ways but at the same time you can also see that New Zelaand is not taking the same approach as our allies and partners vis-a-vis China.

"That debate needs to now come out more openly and how long can we keep having a bob each way? Maybe that is the best approach but it's something that we need to do some serious thinking about as a nation.

Former Defence Minister Jonathan Coleman agreed it was about China, but considering the trade relationship with that country the result was the best of all worlds for New Zealand, and it was best not to get too offended about not being included.

"We have excellent relations with all three countries in this new defence pact as well as a special relationship with China that frankly no other western country enjoys so I think the net position when you stand back from it is, actually, not being part of this we actually get the best of all worlds. 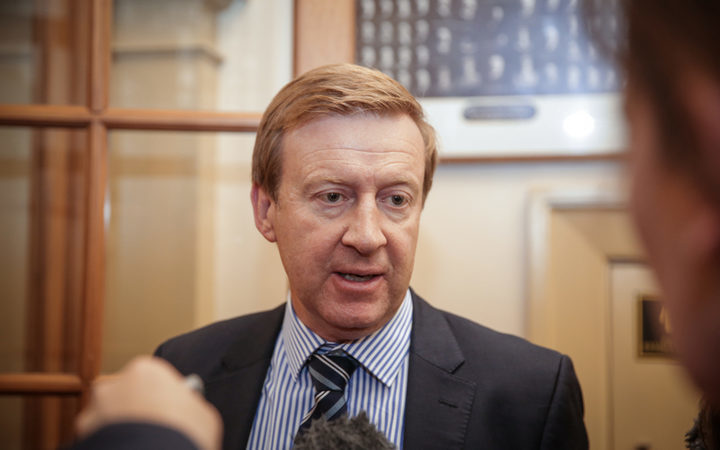 "Probably a bit presumptuous for us to think that we would automatically have been part of it - I mean, the Canadians aren't part of it, there's other nations in the Pacific who aren't - I just don't think we should be overly offended about not being part of it and look at the overall benefit."

"It will be interesting to see how China does react to AUKUS, I mean clearly it's a show of strength by those three countries who will all have different motivations ... but a lot of it is about sharing joint capabilities and basically pushing back against China, but also supporting their respective - especially the British - defence industry."

He said there was always a possibility the deal would affect Five Eyes in some respects, but New Zealand would still benefit from the network, and noted the new arrangement was not the same as an alliance.

Victoria University professor Robert Ayson said it was a deal very much about military technology, which was just not an area New Zealand was involved in.

He said it could raise risks of conflict, but could also in some ways reduce the risk.

"What it means is that our key ally is going to be involved in much deeper intergration with the UK and the US in areas that are clearly about China ... those submarines will be based further north and China will be very concerned about that development, and any development towards long-range strike capabilities that might be part of this agreement.

"It just heightens that sense that should there be a conflict or a severe tension between the US and China, or Australia and China, that becomes more challenging, more competitive and more difficult, and clearly there are implic for New Zealand there.

"If you take the perspective that China is rising as a military power, the Australians will say that this is actually part of balancing China's military power, and therefore increases deterrence and reduces the liklihood of conflict."

University of Otago professor of international relations Robert Patman however believed being involved in the deal could have hurt New Zealand's interests.

He said the AUKUS countries did not have a monopoly on human rights, values of freedom or the rules-based system.

"They probably saw that diplomatically and politically, New Zealand's a very important partner, and in also intelligence terms, but militarily we are quite a small partner.

"One of the things that has worked well for New Zealand is that it presents itself as an independent foreign policy actor which has good relationships with these three countries in question, but is not an echo of them.

"It could also compromise New Zealand's objectives in the Indo-Pacific region. New Zealand's in the process of building a very close relationship with Japan which is also excluded from this arrangement."

"It's a travesty to believe that the Indo-Pacific is all about the US and China. Great powers don't run the world anymore, if they could they would, that's over.

"I think our relationship with Australia is closer than it's been for a long time ... I think the real winner out of this has been Australia because it's been quite justifiably concerned about the level of intimidation that's come its way from China and I think it's got a lot of strategic reassurance now."

He said the nuclear submarines could set a precedent however.

"Will the three countries concerned be happy if, for example, Iran decided it wanted to have nuclear-powered submarines? ... Australia says it remains a non-nuclear power but nevertheless it has consequences, perceived consequences for nuclear proliferation."

Massey University security studies senior lecturer Dr Anna Powles said there was also a risk that New Zealand could be left behind and unable to effectively cooperate with Australian forces.

"This is very much a very clear signal that the questions around interoperability between Australia and New Zealand defence forces are likely to widen even more as a consequence. 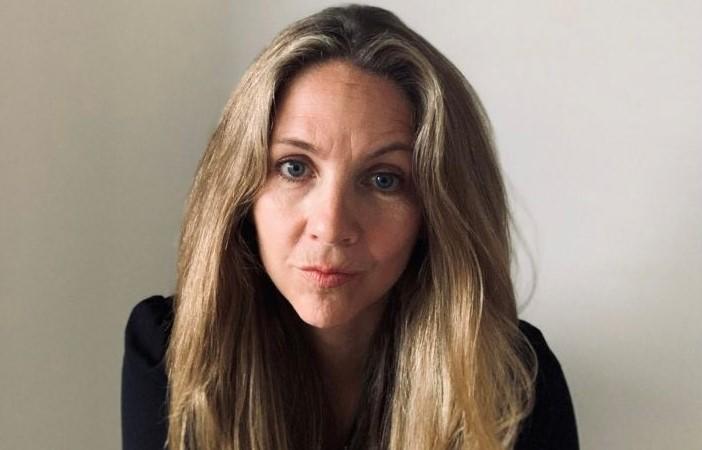 "There are strong concerns that this is simply going to widen the gap that already exists."

She pointed out, as had Dr Coleman, that New Zealand's only formal ally - who New Zealand would have to come to the aid of in the event of an attack, and vice versa - was Australia, under the old ANZUS arrangement.

She said New Zealand was increasingly being isolated from the broader strategic grouping, however.

"It's going to be something that folks in Wellington are going to be working very hard on, I would imagine.

"New Zealand is still behind the eight-ball in this and we'll need to think a bit carefully about how to invest strategically in order to ensure that the capabilities that New Zealand does have will be interoperable with its main partners.

"Those questions are obviously going to be very critical for this government to consider over the next few years because these will have long-term generational implications."