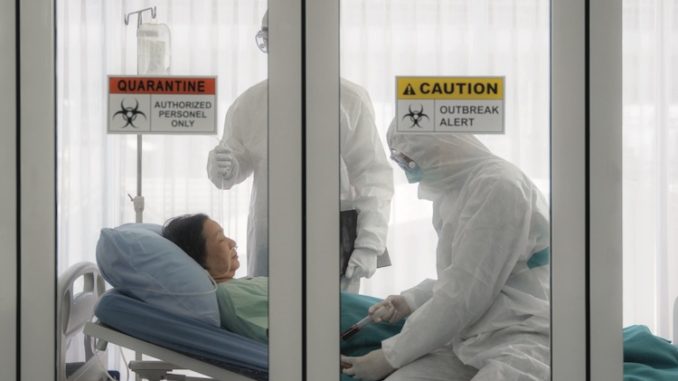 Wayne Mapp explores the possible roles of the Defence Force in responding to a pandemic, arguing that its pool of well-trained people, its large estate and its fit-for-purpose equipment form a valuable national reserve.

COVID-19 is the biggest medical emergency since the SARS flu of 2002. Except the COVID-19 is worse, much worse. It will be months before we are past the peak.

Defence policy of the last two decades has placed a lot of emphasis on the role of defence in civil emergencies. In recent times capabilities have been developed with that in mind.

In particular the navy has been equipped with ships that have civil roles as much as traditional defence roles. The majority of the Airforce aircraft have substantial civil roles. The NH90 helicopters have much more lifting power than their predecessors. This makes them ideal in civilian emergencies. The continuing re-equipment plan of the Defence Force will have the civil role as an essential consideration.

The last decade has seen a number of serious civil emergencies that have demonstrated the importance of these new capabilities, as well as showing the inherent importance of having a well-trained, disciplined force. These emergencies have included the Samoan tsunami and the Christchurch earthquake.

On both occasions HMNZS Canterbury was deployed. This ship was acquired with its use in civilian emergencies being a critical requirement. Both these disasters also used defence capabilities that have been available for decades, the C130 transport aircraft and the helicopters.

Much more important than the equipment are the people in the Defence Force. The unique virtue of the Defence Force is that it has over 14,000 well trained people able to act as a disciplined force.

In Christchurch one of the important tasks was to secure the CBD, which had almost been completely destroyed, and to provide specialised transport and communications. This took hundreds of people, freeing up police and others to deal with their particular tasks.

So, what does this mean for the government response to COVID-19?

Probably the greatest requirement will potentially be isolation facilities. At present most of those who are suspected of having contracted COVID-19 are self-isolating, with the serious cases being admitted to hospital. This will work if COVID-19 proves to be not so serious.

But if the disease is more contagious and the effects more serious, self-isolation will not be enough. Nor is it likely that Whangaparoa Camp will be sufficient if the numbers who require isolation build.

Waiouru Camp, in the middle of the North Island, has the capacity to house over a thousand people. To a large extent, it is empty. No longer do 800 young men and women undertake basic training as one huge group. If necessary, the camp with its extensive accommodation and related facilities, could be used to isolate people who are potentially carrying COVID-19.

There are a large number of people in Defence who have been trained in emergency medicine, including hundreds of people in the medical branches of the three services. If necessary, they will all be available.

COVID-19 and other emergencies demonstrate how important it is for the nation to have a substantial body of well-trained people, working within a well-tested command structure, along with substantial reserve camps and equipment.

The Defence Force constitutes this national reserve. They have enough flexibility in civil emergency training, especially in recent times, to be deployed as the government of the day decides.