‘She’ll be right’ factor is our biggest threat 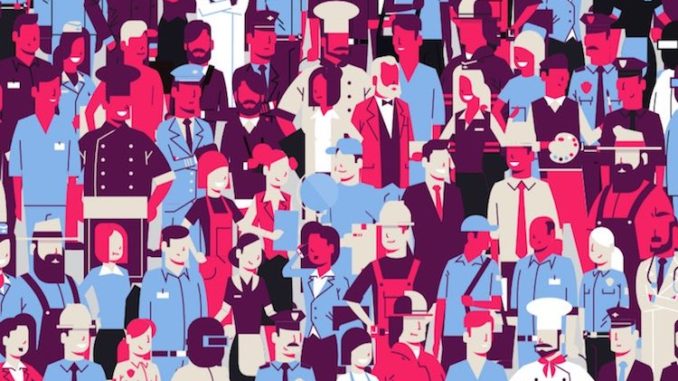 “The biggest threat to security is the general lack of belief that any significant threat exists.” This was a phrase I used a lot when briefing new British Army arrivals into Northern Ireland in the mid 1980s – part of their security induction into a high threat environment.

It’s funny that they all expected to come into contact with terrorism during their working lives in Northern Ireland, but not in their personal, off-duty time.  It was this ‘head in the sand’ mentality that I was trying hard to debunk.

Unfortunately, one of my other duties was interviewing the families of victims of off-duty terrorist attacks, and this showed me that the lessons were not always learned.

Why do I start on this dark note?  Well, unfortunately, that ‘head in the sand’ attitude is something that I have noted in my short time within the security industry in New Zealand – the ‘she’ll be right’ factor, if you will.

A bit about me

Before I launch into the meat of this article, a bit about myself. I spent 28 years in the Intelligence Corps of the British Army, where my role was that of a security consultant operating within Defence.  Those 28 years saw me complete my security learning journey from apprentice to journeyman to subject matter expert and finally to teacher.

that ‘head in the sand’ attitude is something that I have noted in my short time within the security industry in New Zealand – the ‘she’ll be right’ factor, if you will.

I found myself operating across the entire spectrum of security, from physical to electronic, from procedural to investigations and from personnel to critical national infrastructure – at home as well as on operations. I engaged with the four major threats of espionage, sabotage, subversion and terrorism as well as the fifth and most prevalent threat – apathy (that ‘head in the sand’ mentality).

At the end of my time in the Army, I transitioned into corporate security, establishing the post of Security Training and Awareness Lead for Deloitte UK. In this role, I was responsible for security cultural revolution – changing the way that approximately 18,500 partners and staff thought about and dealt with the security of client and company information, assets and – most importantly – people.

After fulfilling a lifetime’s goal of moving to Aotearoa, I was lucky enough to be offered the role of Head of Visitor Safety (read ‘security’) at Regional Facilities Auckland (RFA).

RFA seeks to enrich life in Auckland by engaging people in the arts, environment, sport and events. Across our six brands, we operate numerous ‘crowded places’ within Auckland, ranging from sports stadia to theatres, conventions spaces to the zoo, and a museum and art gallery thrown in for good measure. Over four million visitors cross our threshold every year.

My role is to lead and own the governance and strategic direction of security across each brand, venue and event. Supported by a gifted team of security professionals, we are seeking to make a real difference to how we approach security – ensuring a safe, secure and controlled environment for those four million visitors.

One of the biggest problems I have encountered to date is the ‘she’ll be right’ factor. I keep being told that I have to alter my perception of the threat; that I can’t rely on my mainly European experiences of terrorism to inform my work here.

Apparently, New Zealand is completely different to the rest of the world.

This, unfortunately, is wrong. We are unique in so many wondrous ways, but I’m afraid being invulnerable to external terrorist attacks or home grown serious security incidents is not one of them.

The court heard that the teenager, who was suffering from post-traumatic stress disorder, had left school at the age of 15, became socially isolated, converted to Islam, and had become radicalised online.

When I read the newspapers (no longer being privy to highly sensitive and classified information on which to base security risk management decisions is a real pain!), I came across the story of a teenager who was found guilty on charges relating to an attempted terror attack in Christchurch last year.

According to press sources, the teenager planned to ram a car into a group of people and then stab them. He was arrested as he started his attack and later told a psychologist that he “decided not to hurt anybody because he did not have the means to kill enough people.”

The court heard that the teenager, who was suffering from post-traumatic stress disorder, had left school at the age of 15, became socially isolated, converted to Islam, and had become radicalised online.

This incident highlights clearly that the threat of terrorism in New Zealand is not the far-fetched fiction that many people believe. The predominant terrorist of today is not a member of a highly organised cellular structure with access to modern, complex weapons, but rather a single actor harbouring a strong grievance and finding an outlet for their rage through their perceived version of Islam and the ISIS ‘flag of convenience’.

Research has shown that mental health issues are also prevalent among these individuals, making them easy targets for deliberate or self-radicalisation. These individuals turn to ISIS resources to discover how to plan an attack – online publications providing explicit direction on weapon and target types.

So what? Well, for New Zealand this means that we are on the front line now, whether we like it or not. Our approach can no longer be blinkered by the “It’ll never happen here” approach – it has happened here, and through luck the first lone wolf style attack has been thwarted. I cannot let luck be our key defence when RFA is responsible for the safety of over four million visitors per year.

It’s not just us

I suppose another element of the threat is what others perceive. In this case, the ‘others’ I refer to are the world class event organisers, artists and sports teams that we regularly welcome to our shores and our venues.

I am seeing a definite shift in the security risk appetite that international stars are willing to accept. The horrors of Manchester, Paris and other recent attacks are still fresh in their minds and security riders in contracts are starting to reflect this.

As an industry, I feel we are not properly equipped or established to meet these increasing demands. We have previously negotiated the requirement down, citing the benign threat environment in New Zealand, but I am noting a greater reluctance to engage in that conversation.

So, what can we do about it?  How can we meet the demands of ever more security-aware international event managers and the evolving threat environment?

We have all the basics down pat – we all know about fences, CCTV, access control, bag searches and the like to help us in our detect, deter, delay and detain/respond efforts (in the military we used ‘destroy’ as the 4th‘D’). This ‘defence in depth’ is mainly about blunting any attack coming our way, and can be thought of as ’proactively reactive’.  How can we make a step change and really be proactive in nature?

One possible answer (or part of the answer) that has interested me recently was the employment of Behaviour Detection Officers.

A team of observers discretely monitoring my venues during ingress and egress, identifying abnormal behaviours that could be precursors to violent or criminal activity, and passing timely information to my security staff so that appropriate action can be taken, would surely be a massive boost to my existing venue and event security overlays.

Applying a healthy dose of cynicism, my initial thoughts were that this was surely ground we covered in our basic security training – noting the absence of the normal and the presence of the abnormal. I questioned whether this was actually a discrete and new skill set or simply a re-labelling of existing psychological, emotional intelligence and effective questioning capabilities. How effective could it actually be?

In an effort to get more information, I reached out to my extended security network – event security providers, training organisations, venue operators and security professionals from around the globe, and the answer was almost unanimous. Yes – behavioural detection is a key security enabler and is a critical part of the armoury against terrorism and criminal behaviour.

I was provided with numerous examples of where behaviour detection has proved to be a positive game changer in event and venue security.  One good friend from my military intelligence days, now working for the British Government and FTSE corporates in a counter terrorist training capacity, described it as “creating decision points for the adversary, and monitoring the ground on which they will be when they have to take their decision.”

What I found really interesting, however, were the polarised views about who should provide such a service. These can be categorised into three main perspectives:

My own view is that it is probably a mix of all three, used in different ways and to address different threat levels.

I have read all about behavioural observation and profiling tools and programmes (mostly four-letter acronyms like STOP, TRAP and SIRA). Every version appears to comprise a list of notable suspicious behaviours and a matrixed scoring system to identify whether the individual might be of further interest. Associated training courses range from four hours to several weeks and yet purport to deliver the same training outcomes.

What my questions and subsequent research showed me is that there is little if any real capability within New Zealand to help me train my staff in what appears to be a basic requirement. This is amazing and not a little troubling. I have had to go to the UK, Israel, the US and Australia to find potential suppliers willing to come to New Zealand to deliver this training.

I really want to pursue this, but am limited by having a relatively small training audience and being located thousands of kilometres from the nearest provider. I know there is a real appetite for it amongst my network.

This is something I think we need to address as an industry – we can have a real impact on our own capabilities to meet the evolving threat to New Zealand.

We need to gain an initial operating capability across venues, event security staff and specialised in-house security teams before we go on to develop our own in-country training capacity (surely, this is a real business development opportunity for our local security training providers?).

We can probably achieve this more effectively as an industry grouping than as individual commercial concerns – harnessing our significant buying power to minimise individual costs and also to generate development of our own training market.

So, the challenge, I suppose, is who will join me?  What can we do to capitalise on a game changing, proactive, baseline security skill and bring it into mainline security operations across New Zealand?

And while we are at it, how do we build an effective explosive detection capability, and an effective security intelligence sharing network and, and, and….

A wake up call

I really feel that, as commercial venue operators and security professionals, we are probably not as well equipped and trained as we should be to prevent a major terrorist incident at our venues or events here in New Zealand. We are constantly fighting the ‘She’ll be right’ factor even when the Christchurch incident shows that the threat is here, it’s real, and it’s now.

Rather like my time in Northern Ireland, I fear the lesson is not being learned. Let’s take a real step and work together to build capacity in the face of the evolving threat. I would love to hear from anyone who has a view on this – either supportive or developmental in nature.