How Brazil and Australia Can Join the Blue-Water Navy Club

Here's What You Need To Remember: In East Asia, all of Japan, China, South Korea, and India either have blue water forces, or are moving quickly in that direction. Australia might join them, although this would require a workable replacement strategy for the Collins-class submarines. 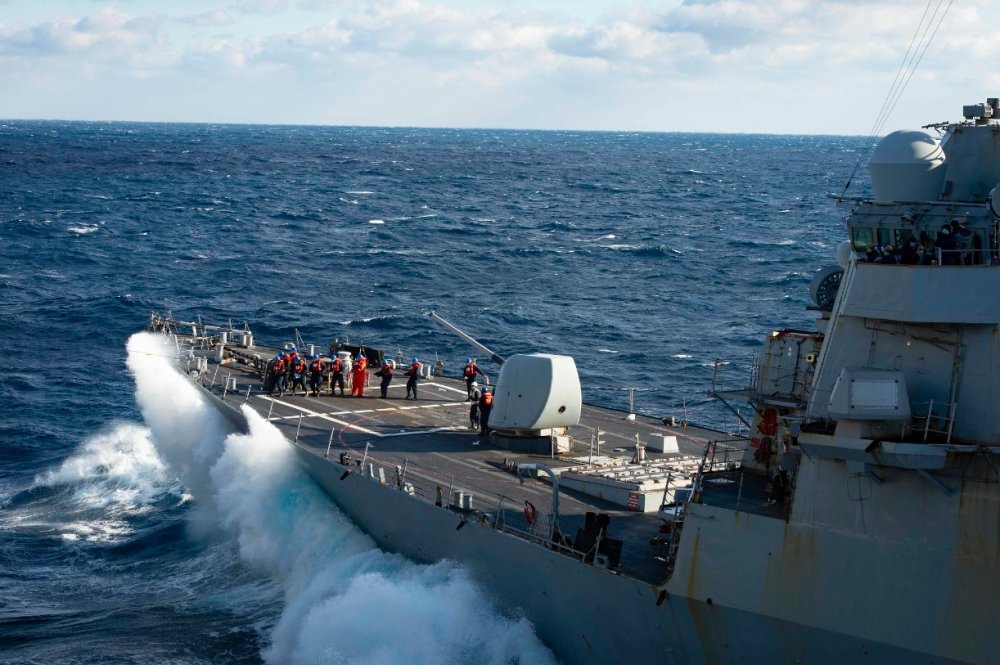 In Mahan’s day, what countries needed to count as having a blue water navy was a series of coaling stations that they could access during war. This could mean colonies, friends, or a healthy set of financial accounts. Times have changed, but much of the basic logic of blue water deployment remains the same.

The meaning of a “blue-water” naval force has changed over time.

Undersea: A blue water navy needs protection from enemy submarines. The most convenient means of such protection is through submarines of its own, either long-range diesel-electric boats or nuclear fleet subs.  Nuclear submarines have the advantage of not requiring replenishment while serving as part of a task force, which tends to increase their ability to conduct the most important parts of their job. Submarines can also provide eyes for the fleet, and can contribute to the strike portion of the mission by firing their own land-attack cruise missiles.

Logistics: What are the three biggest factors in real estate? Location, location, and location. What are the three most important elements to making a blue water navy? Logistics, logistics, and logistics. Blue water navies need to have the capability to manage their supply and replenishment needs at distance from home base. This includes requirements for food, fuel, spare parts, munitions, and downtime for crews.

Forming the logistical base necessary for a blue water navy requires technical and diplomatic elements. On the technical side, navies require sufficient replenishment ships, aircraft, and on-ship maintenance facilities to keep warships in operation, in addition to replenishment-at-sea capabilities. On the diplomatic side, every long-distance navy requires good relationships with local ports, even if these relationships don’t extend to the definition of an overseas naval base.

Air: Since the 1920s, navies have understood the necessity of cooperation between surface and air assets. Modern blue water navies require some capability for positive power projection through the air. This capability doesn’t necessarily require a fully-fledged CATOBAR aircraft carrier (this would limit the number of blue water navies to 2), but does require the ability to use aircraft to help manage fleet air defense, anti-submarine warfare, search and rescue, and ISR (Intelligence, Surveillance, and Reconnaissance).

Consequently, blue water navies need, at the very least, light carriers to support their long-range task forces. As the British experience in the Falklands War demonstrated, even helicopters and VSTOL aircraft can make a big contribution to a task force’s ability to both defend itself and project power. Of course, blue water navies also have to pay attention to the surface aspects of fleet air defense, including a surface-to-air defense system that can detect, identify, and destroy potential threats.

Strike: Navies need to do something when they get where they’re going. Why show up, unless you want to get noticed? Most often, this means they need options for conducting strikes against land targets. Navies can solve this problem with aircraft, but that tends to be more expensive that some of the other options. The most efficient choice for strike (and for making people pay attention) is currently land-attack cruise missiles. The Tomahawk missile, launched by submarines and surface ships, has become the premier land-strike weapon in the world over the past two decades. The Tomahawk has acquired its share of competitors over the past few years, giving several navies the ability to hit land targets at distance.

Experience: The least tangible requirement for a blue water force is experience. Navies operating for long periods of time at great distances from their home bases experience a lot of unexpected problems. Classic examples of fleets that had the basic architecture to conduct long-range deployments but not the experience include the USN’s Great White Fleet, and the ill-fated Russian Baltic Fleet of 1905.

But more recent examples also abound;. The Soviet Navy, for example, built blue water ships long before it built the experience needed to conduct long range, blue water operations. The People’s Liberation Army Navy has, over the past decade, taken every opportunity to build its experiential knowledge about long-range, blue water operations. Navies can also lose this edge if they fail to keep up with a sufficient tempo of operations to maintain the necessary levels of experience and expertise in their personnel.

There’s no doubt that the United States Navy counts as a “blue water” force. The French Navy also enjoys the distinction, although the Royal Navy may not; its lack of aircraft carrers in the wake of the retirement of the last of the Invincible class has resulted in a gap until HMS Queen Elizabeth enters service. The Spanish and Italian navies have many of the pre-requisites, but generally don’t conduct long-range deployments. The Russian Navy probably meets the bare minimum, although Admiral Kuznetsov is barely adequate as a carrier.

In East Asia, all of Japan, China, South Korea, and India either have blue water forces, or are moving quickly in that direction. Australia might join them, although this would require a workable replacement strategy for the Collins-class submarines. And on the distant horizon, we might be able to perceive the Brazilian navy joining the club, although this would require a significant investment of money and strategic attention on the part of Brasilia.

Robert Farley is an assistant professor at the Patterson School of Diplomacy and International Commerce. His work includes military doctrine, national security, and maritime affairs.He blogs at Lawyers, Guns and Money and Information Dissemination and The Diplomat. Follow him on Twitter:@drfarls. This article first appeared in 2015.