On the day of President Joe Biden’s inauguration, Vermont senator Bernie Sanders became a meme on social media thanks to his choice of outfit.

Sanders, 79, wore some humble mittens to the ceremony that were made for him by a schoolteacher friend.

A photo was taken of him on the day showing him sitting socially distanced while slumped in a chair with his practical patchwork mittens folded across his chest.

The image has circulated across social media, has been made into countless memes, and also made headlines around the world.

Bernie Sanders launches official sweatshirt sale of his iconic inauguration meme, with 100% of the proceeds going to charity. 👏

Sanders admitted that he too finds some of the memes amusing, and has even jumped on the bandwagon – his campaign is selling meme-related jerseys for charity.

I've been sat at the front of this boat since last March waiting for it to move, I'm freezing!!! 😷🥶❄️ #BernieSanders pic.twitter.com/8R3w6Twzhe

His campaign store website shows that black crew neck jerseys with Sanders and his mittens on the front are being sold for US$45, and all the proceeds are going to Meals on Wheels Vermont.

All the jerseys have sold out, with the website stating: “Due to overwhelming demand for this item, it will be 4-8 weeks until you receive your sweatshirt.”

Speaking on an episode of Late Night With Seth Meyers, Sanders laughed when Meyers produced one of his favourite memes, showing the US politician on a couch with the women of Sex and the City.

When he asked if Sanders had been tracking his social media fame, the US senator said: “Yeah, I've seen 'em”.

“What's been really nice is the woman who made the mittens lives in Essex Junction, Vermont. She is a schoolteacher and a very, very nice person, and she has been somewhat overwhelmed by the kind of attention that is being shown to her mittens,” he said. 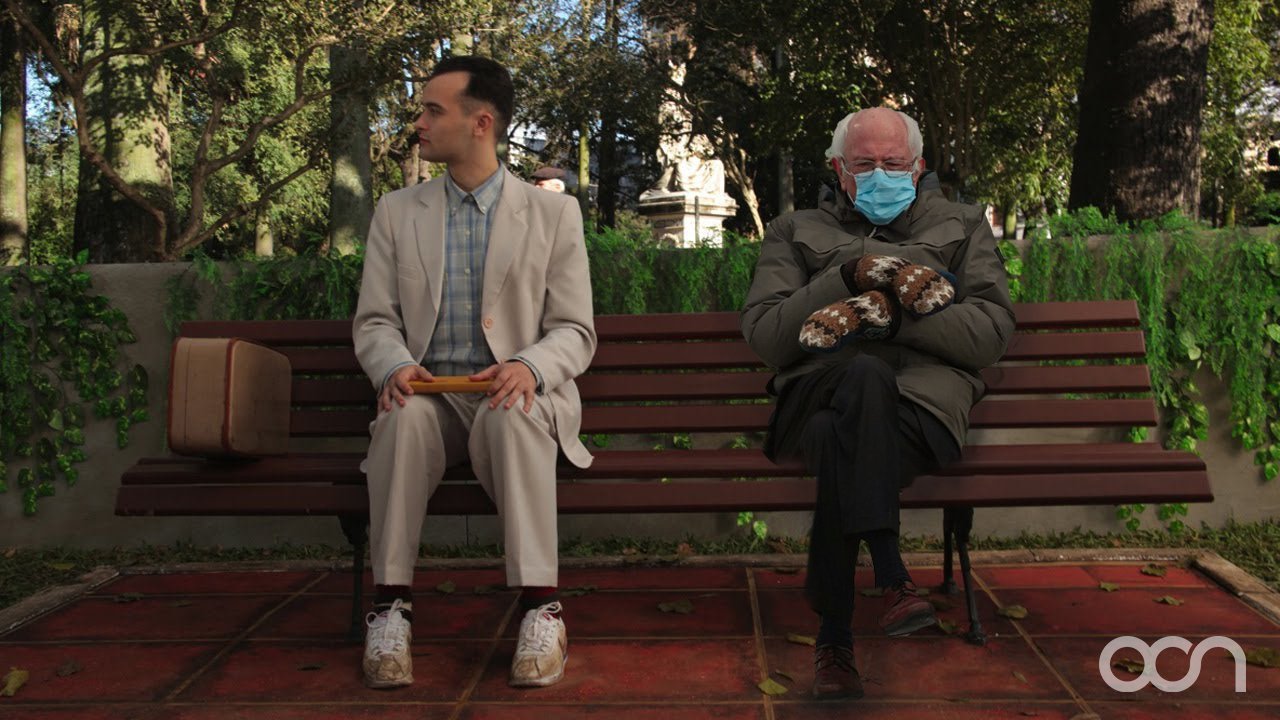 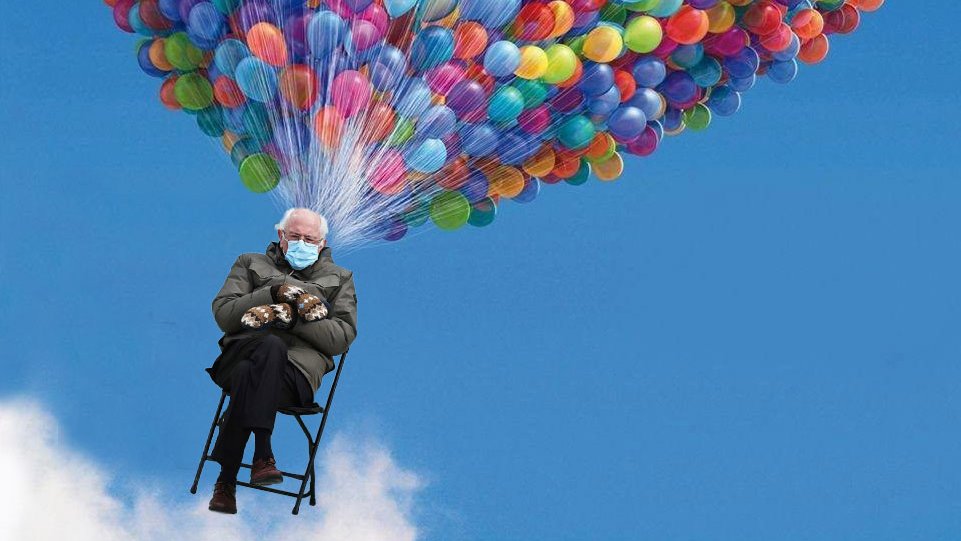 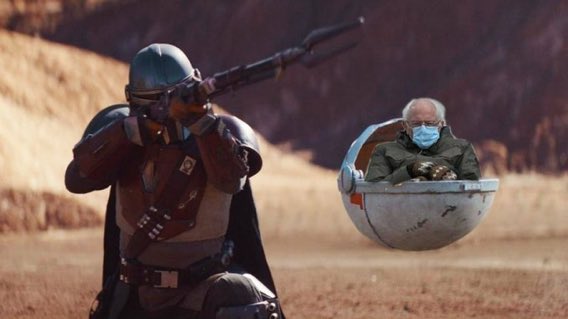 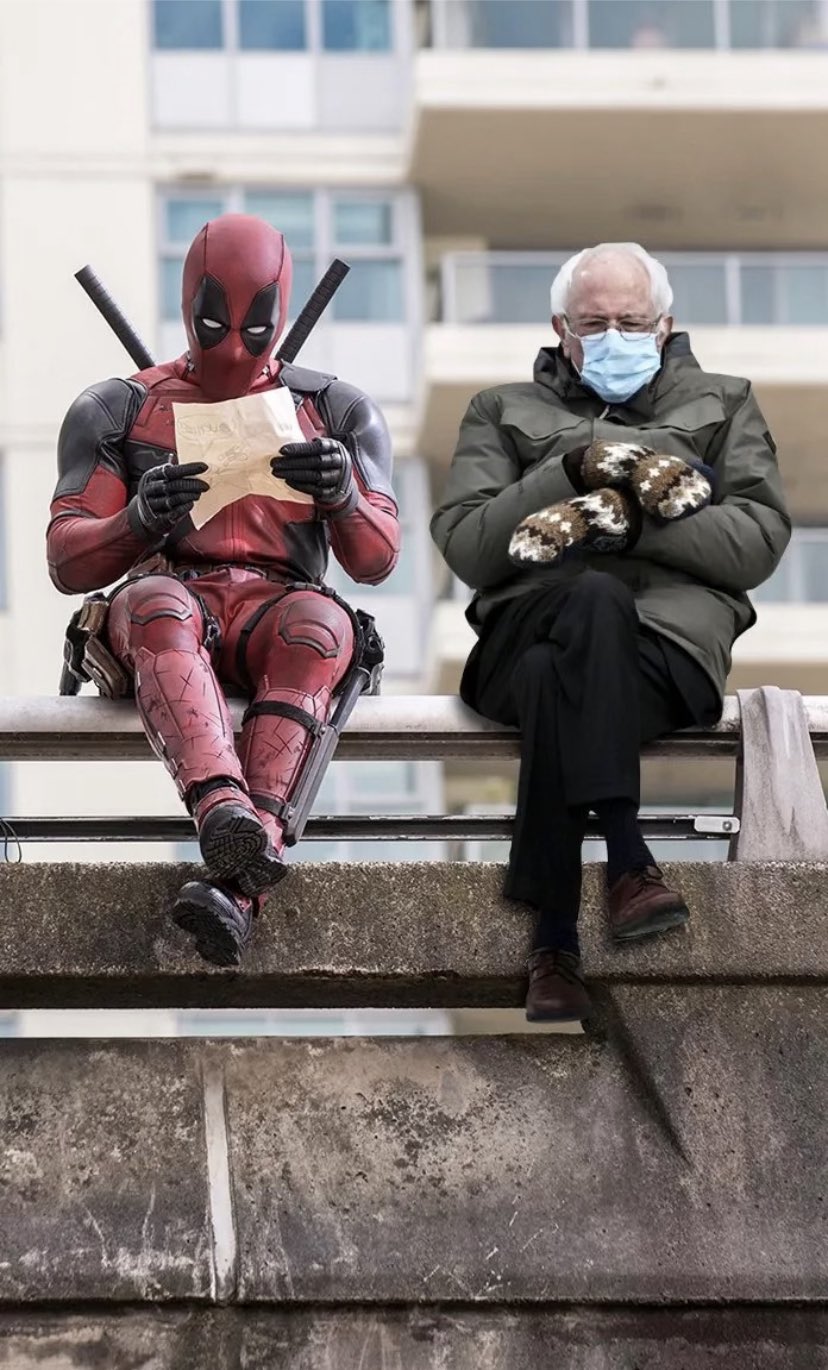