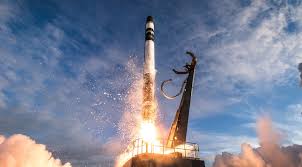 The 'Don't Stop Me Now' mission carried satellites to orbit for NASA, the University of New South Wales' Canberra Space and the US military's National Reconnaissance Office.

The launch - the first since coronavirus restrictions were lifted less than a week ago - took place at 5:12pm, and kept Rocket Lab's 100 percent success record since starting commercial launches two years ago.

"It was a privilege to once again provide access to space for the NRO and NASA, and to welcome US Canberra Space to orbit for the first time," founder Peter Beck said.

He added that he was "incredibly proud of the way our team has quickly adapted to working safely and efficiently to ensure our customers remain connected to space through the challenges posed by COVID-19".

The launch was previously scheduled for Thursday, but was postponed due to high winds. Before that it had been scheduled for March 30, but was called off due to the lockdown.

It's the second time NASA and the NRO have used Rocket Lab to put things in orbit.